STARTING FROM THE FOREST 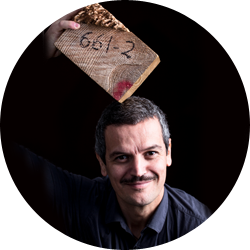 Samuele Giacometti (Fabriano, 1970). He achieved a master degree in mechanical engineering and he married in Bologna. For ten years, he developed and industrialised products for small and medium-sized enterprise. In August 2005, he went to the Val Pesarina to work and he was fascinated from its forests. In summer 2007, he asked himself “What does wood mean for me?” and the dream of living in a wooden house with his family started to become a project. 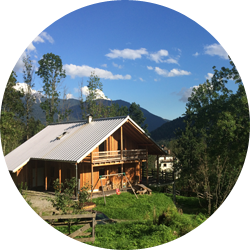 Since 2010, he has been living in Prato Carnico, in his “Environmentally sustainable wooden house” with his wife and their three children. In 2011 he wrote “Come ho costruito la mia casa di legno (How I built my wooden house) edited by Compagnia delle Foreste in 2011. This book described the Sadilegno (www.sadilegno.it) method focused on the traceability of wood manufacturing connecting the forest to home, furniture and biomass. Activities, which are contained in a 12 km radius ring with its centre in the forest where the 43 trees came from. In 2012, in Rio de Janeiro, the PFEC International in RIO 20+ described this method as an example of actual environmental sustainability. On the 13rd November 2013 during the 18th  PEFC International General Assembly, in Kuala Lumpur Malaysia, the Italian PEFC described it as A Best Practice International. 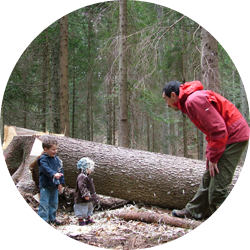 On the 21st   December 2012, Samuele established Sadilegno, an enterprise that promotes and organises workshop to capitalise the knowledge and the wood of the area. In the 2013 he was the first to sell Carbon Credit Carbomark from wooden products and developed 12-to-many a first in Italy business network connecting the wood to the market in the high part of Carnia,  cofounded by Friuli Venezia Giulia Region (Decree n° SGFPR/1498)  in compliance with the article 16 L.R. 26/2015 for the innovation as the first business network connecting the wood to the market and sponsored by INEA ( Italian Institute for the agricultural economy), by  Comunità Montana della Carnia (Mountain Community of Carnia), and by Italian PEFC. On the 18th November 2013, the Chamber Of Commerce of Udine awarded him with the prize Friuli Future Forum for the important and innovative business way started thanks to Sadilegno. 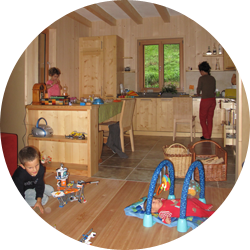 A year later, on the 21st December 2013, he signed with other businessperson the first agreement in Italy for a business network connecting wood to the market, creating the business network 12-to-many (12/IT-01-01). On the 11st April 2014, in Turin, he is at the lunch of Woods NexTO-U project (www.filieraforestalegno.it), conceived collaborating with Piedmont and Aosta Valley Climate House Network to promote the birth of the Business Networks connecting the wood to the market according to the 12-to-many agreement. On the 24th October 2014, 12-to-Many (12/IT-01-01) was the first to obtain the Coc-PEFC/18/32/25. On the 7th-8th November 2014, he was the speaker in the Lingotto, Turin, of a workshop “Dal bosco agli edifice NZEB (From the wood to the NZEB buildings)”, conceived and promoted with Piedmont and Aosta Valley Climate House Network. On the 29th November 2014, the project Woods NexTO-U concluded with the second agreement in Italy of the business network connecting the wood to the market. In Turin born the business network 12-to-many (12/IT/01/02).